Wanderer got the Havannah Silver medal in the Computer Olympiad 2010, and Gold in the inofficial competition of 2009.

The Breakthrough-Wanderer won also Gold medals in the Computer Olympiads where it participated. On the internet server LittleGolem, Wanderer is the undisputed number 1 in the rating list (at least until March 2019).

All three bots, Invader and the Wanderers, contain Monte-Carlo elements.

In April 2011, Richard Lorentz (California State University at Northridge) took three weeks of his sabbatical to stay with my group at Jena University. It became a highlight for our students. Here are a few pictorial impressions, from his Amazons talk in the seminar. 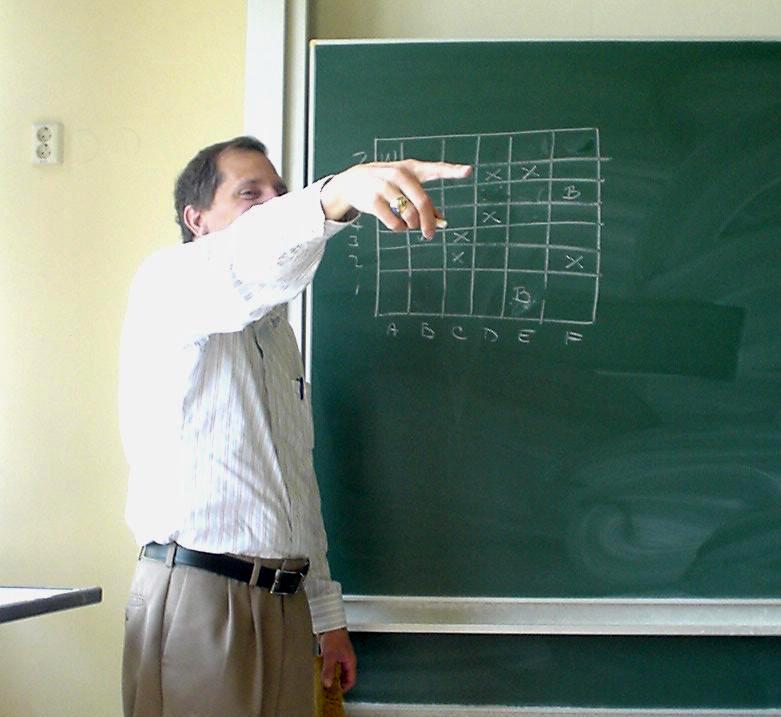 Rules of Amazons I: Forward goes the arrow!
Observe the unique 7x6 Amazons board on the green board. 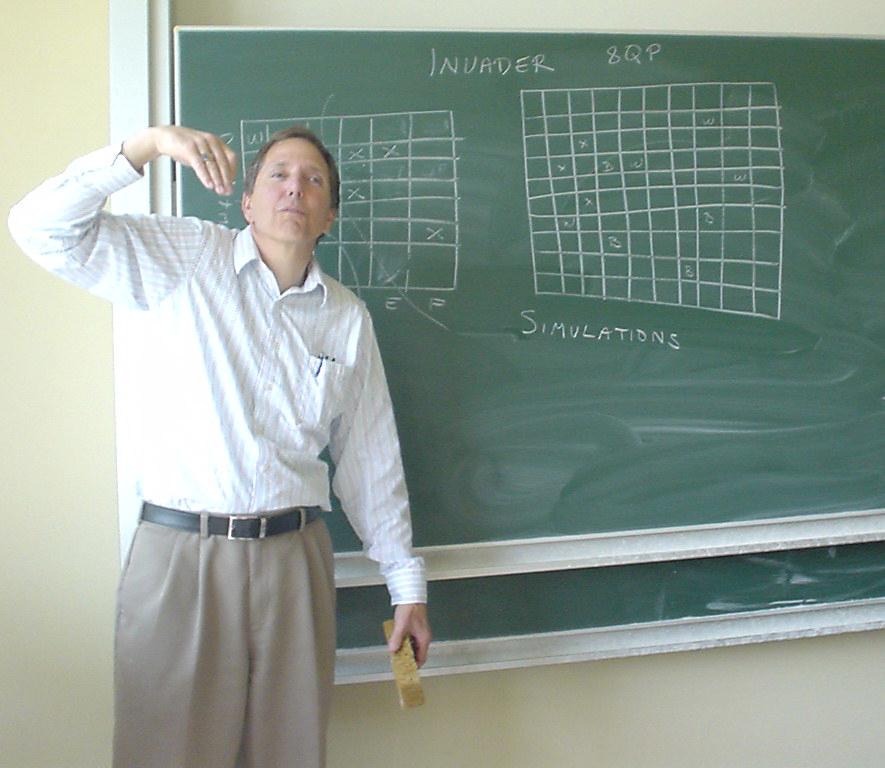 Rules of Amazons II: Finally it comes down somewhere. 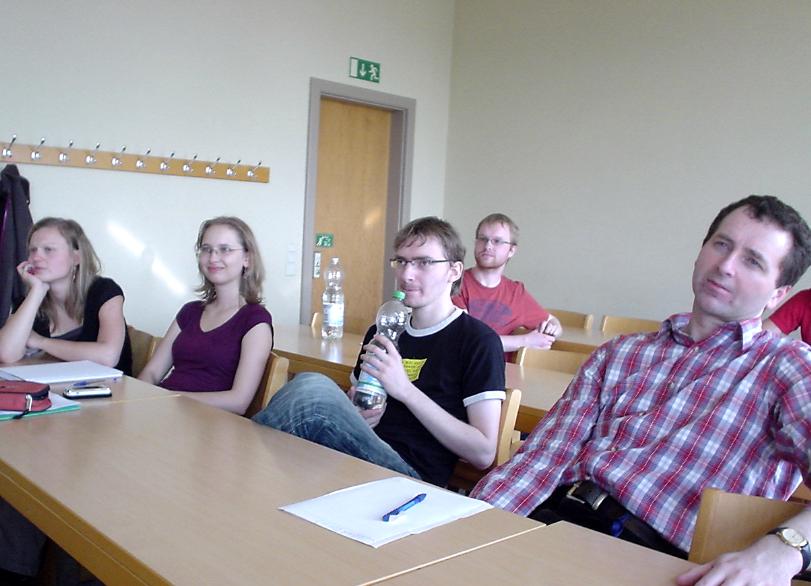 The audience: following the arrow , to the right: Prof. Johannes Waldmann from Leipzig. 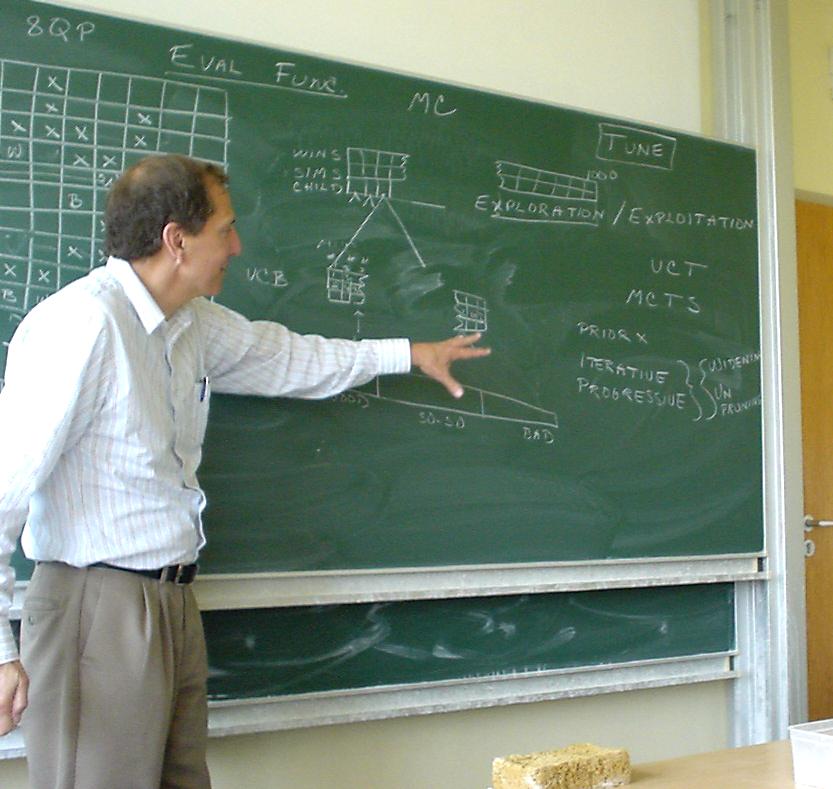 Details explained from inside of Invader 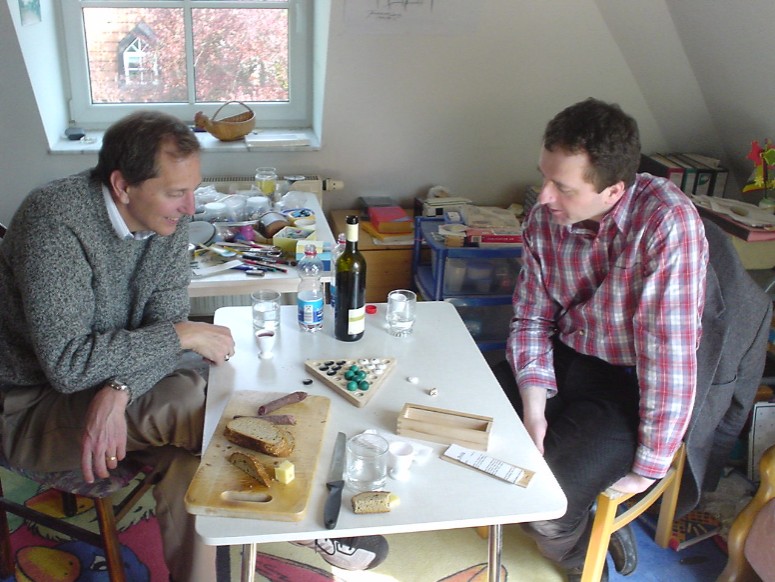 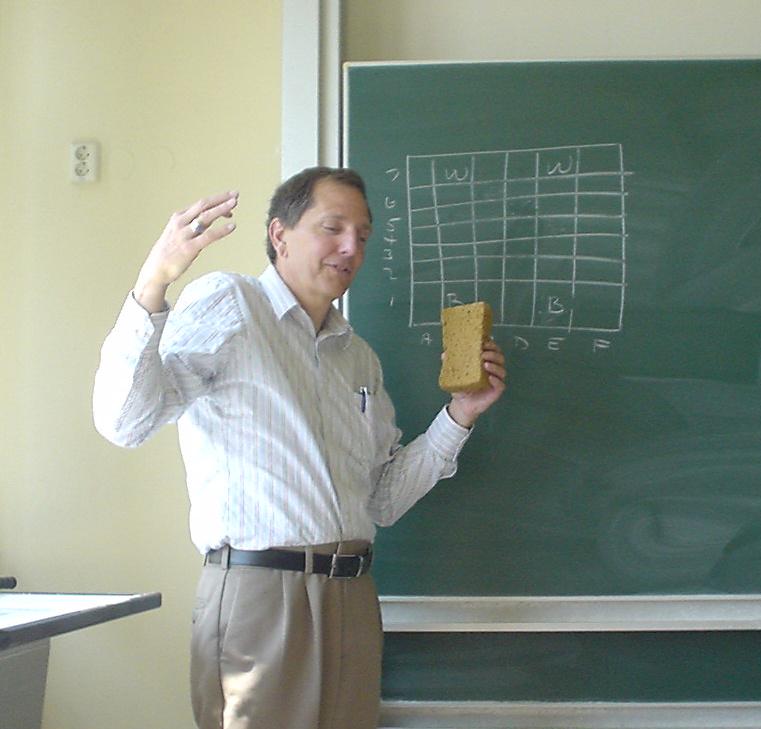 Dreaming of a wonderful Amazon

Back to the main site of Ingo Althöfer